I have a confession to make. I used to be obsessed with NSYNC. But you probably already knew that. There’s more… 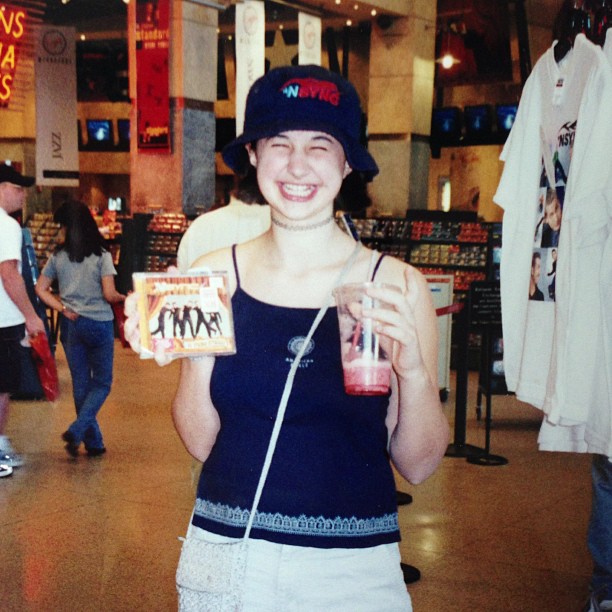 I knew how long Justin took a shower (7 minutes) and how long it took him to do his hair in the morning (15 minutes). Lance said his favorite drink was lemonade so I drank lemonade. I bedazzled my bandanas like Justin’s and I wore red pleather pants cause JC did. I chose the “Superpatient” sticker at the dentist because Joey loves all things Superman. I wore FUBU and FuManSkeeto shirts like Chris.

Every inch of wall and ceiling space in my bedroom was covered by their photos, clipped from Bop and Tiger Beat. There was the same number of photos of each of the guys. I wouldn’t dare say I had a favorite.

I kept a tally on our refrigerator white board of how many times I watched the Disney In Concert special. One winter break I woke up every morning at 6am and watched before doing anything else…even on Christmas morning! I remember when I marked my 100th viewing.

I spend god knows how much (of my parents’) money at Sam Goody getting my hands on every piece of merchandise available – lanyards, notebooks, trading cards, bucket hats (see above), lip gloss, their European single CDs, unofficial biographies, posters. When I wasn’t allowed to buy more, I used printed iron-on transfers to put their pictures on tank tops. 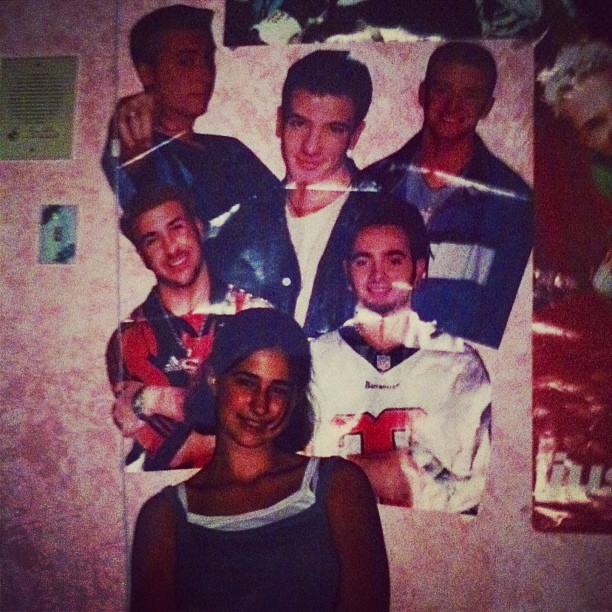 In 7th grade, I entered an Herbal Essences sponsored video contest to get them to play a concert at my middle school.  For weeks I scripted and choreographed the whole production for me and my friends. It ended with us flipping our hair and saying “NSYNC, YES!” like Herbal Essences girls. I still can’t believe we never heard back about it. (Gosh I really had a VHS to DVD to YouTube converter right now.)

On January 28th, January 31th, May 4th, August 8th, and October 17th I made birthday cake. (Actually, thinking about it, this was really my introduction to baking.)

I started my first AOL E-Zine called “NKAHOOTZ.” In the “zine world” we tYPED liKE tHiS and spent hours creating daily issues with trivia, mp3 downloads, and fan fiction.

I knew all the dances. All the extra “kick it Joey’s” and “baby baby come on’s” they’d add in between lyrics during live performances. I recorded every single TV appearance…so there’s a cabinet full of VHS tapes with old Rosie O’Donnell, Ricki Lake, and TRL shows in my living room at home. 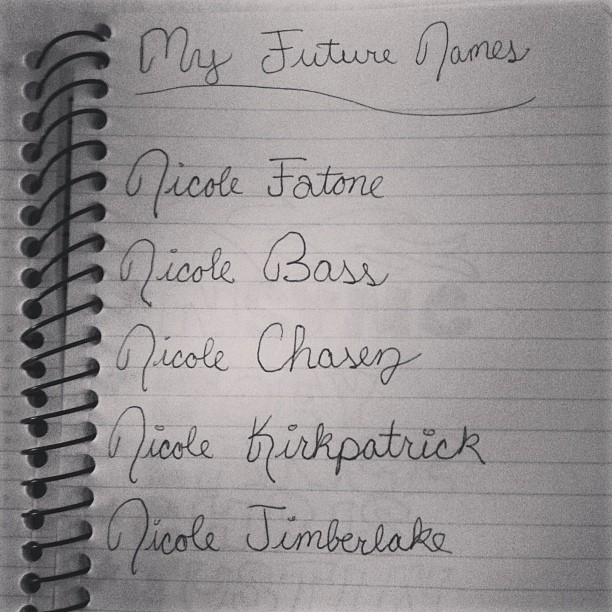 This was everything. My whole world. I couldn’t tell you when exactly it ended. I don’t remember a heartbreaking moment when it was over. I remember going to high school and getting a boyfriend and starting to like rock music and modern dance. And then life moved on.

Of course I’ve always been proud of my NSYNC love and have never completely shed it. Doing the “Bye Bye Bye” dance is still my favorite (and only) party trick. And while I still love teen pop music, that was 10 years ago and my life is different now. Until this past week.

So here’s my confession. I think I’m having an identity crisis. Because I was this 26 year old woman who lives in a city and has a sophisticated job and interesting hobbies. And ever since last week when news broke about the VMA appearance, I’m 13 again and all these old feelings have come back. I don’t know if I can really explain it without sounding absolutely ridiculous or looking like this.

I’ve rewatched every youtube video out there. I’ve surprised myself by still knowing the dances to “It’s Gonna Be Me” and “No Strings Attached.” And I’ve been dancing nonstop. Like full out, put a sports bra on, perform an entire concert, have to shower before bed cause I’m so sweaty. (On the plus side, I haven’t worked out this much in a long time!)

I don’t know how to exist in my world and feel like this again. And suddenly I’m that girl I laugh at for commenting on a celebrity’s instagram photo and responding to them on twitter (which did not exist in my previous nsync-filled world so that’s new!) just hoping for them to write me back. I can’t function like my normal self because I’m so giddy and all I want to do is listen to “Giddy Up” (which everyone knows is their worst song, but I still love it anyway and replay Lance’s “girl were you alone?” part every time).

I don’t really know where I’m going with this, except that I feel that if I put this out there then maybe I’ll be able to move on. Just put it all out there, appreciate the 110 second-performance and the memories it brought back and go back to normal life. Not that this hasn’t been outrageously fun, but it’s been a major distraction. So let’s hope this excitement settles and until then, I drive myself crazy, thinking of you.

If you’ve stuck with me this long, you’re awesome and I promise that I find myself just as silly, if not way more, than you do.

10 thoughts on “Confessions of a Teenybopper” 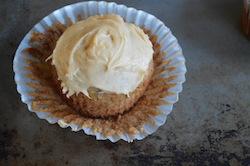